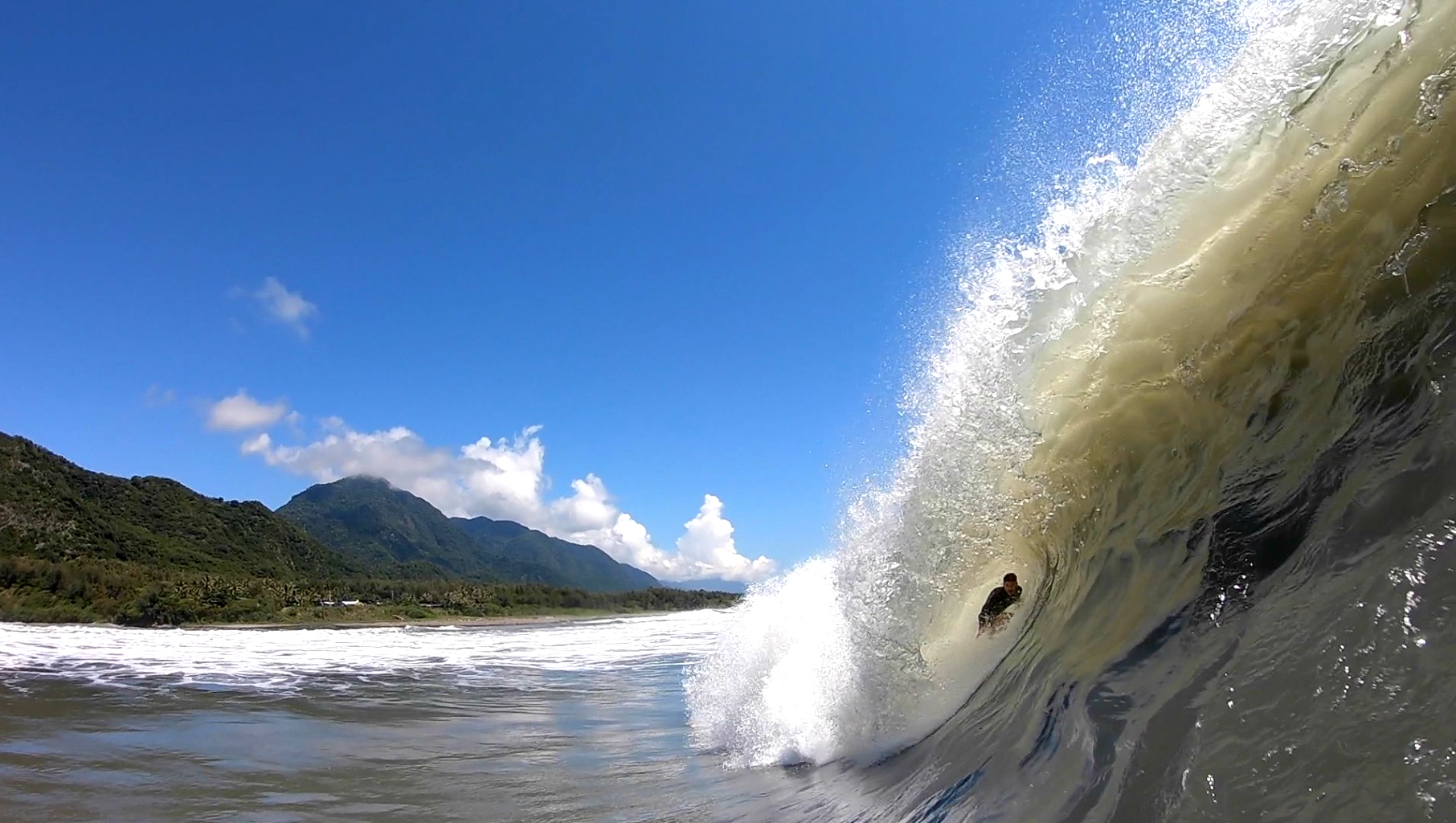 Planning a surf trip to Taiwan?
Taiwan has become known as Asia's little secret..although a small hardcore surf scene has existed since the 80's, international recognition only began relatively recently, with the inclusion of an WSL one star event in 2010. Since then there has been a boost of international surf travel to Taiwan, although still nothing compared to meccas like Bali (Indonesia) and Cloud 9 (Philippines). Taiwan's waves are still relatively uncrowded, and if you're willing to explore you can find empty waves. The crowds seem to congregate at a few specific spots, partly because they are generally more consistent but also partly because most people go in where they see others surfing, and these spots are more visible/accessible from Highway 11. WaGaLiGong is situated half-way between Taitung City and Donghe. We offer free shuttles to our local beach (a 15 min walk) which has several spots: a fun beach break, a river mouth that comes to life in summer and a point break that breaks with bigger swell. There are also several 'secret' spots just around the corner. Stay with us and enjoy our free daily shuttles. The popular spots (Donghe and Jinzun) are just 15 minutes drive away. We offer cheap shuttles to the Jinzun area on blown-out, windy days. For a taste of our waves check out our Sessions video series above, filmed in-house by WaGaLiGong.

FOR SURFERS, WE OFFER

#Warm water pretty much all year round. Take a look at the weather here.
#FREE SHUTTLES TO THE BEACH EVERY DAY TWICE A DAY IF YOU RENT BOARDS FROM US!
#Cheap shuttles to Jinzun area on blown out days (not to be confused with our surf tours).
#Guided surf tours for those that want to explore further and more distant spots (Don't forget we offer FREE shuttles to our local spots if you rent boards from us).
>Surf lessons for beginners and advanced surf lessons for intermediates who want to improve their surfing techniques.(read our reviews - we take pride in our surf lessons).
#Really good range of surf rentals, from longboards to shortboards and grovelers/eggs/fishes.
#Scooters for rent, all with surf racks (but make sure you have an international license).
#A cool little surf shop that stocks everything you need for your surf trip, from wax to leashes and boardies/bikinis.
#Reasonably priced accommodation at our surfhostel. Check out our accommodation page for pics and prices. Our prices start at only NT$300!
#Great drinks at our downstairs bar.
#Hands down. The best. Rooftop terrace. In Dulan! Take a book and a beer and go chillaxing in a hammock on our rooftop terrace which has stunning views of the Green Island to the east and Dulan Mountain to the west.
#Water photography. If the current is not too strong, we can swim out and get that barrel photo!

What's been happening in and out the water?

AFTER THE STORM. Not a bad season for surfing, from point break lefts to beach…

GETTING SURF-STRUCK BY A LUCKY SUMMER. Summer… a mixed bag. It could be 6 foot…

Thinking of visiting Taiwan for a surf trip? Look no further.

Come surf with us!